History of The Department of Neurological Surgery

The Department of Neurological Surgery is a dynamic treatment, training and discovery driven enterprise dedicated to improving life through leadership in care and research that restores neural function. The Department includes 20 neurosurgeons providing adult and pediatric care, 15 neuroscientists engaged in a broad array of research and 79 adjunct clinical and research faculty with appointments as diverse as anesthesiology, applied physics, computer science, material science, mathematics, neurology, orthopedics and sports medicine, psychiatry, pathology, and radiology. We have 20 MD or MD/PhDs in our Neurological Surgery Residency program.

The Department has expertise in the following neurosurgical specialty areas: Cerebrovascular; Functional (Epilepsy, Pain, Movement Disorders and Psychosurgery); Pediatric; Spine; Trauma (mild to severe TBI); and Tumor. UW neurosurgeons perform more traumatic brain and spine, brain tumor, skull base and aneurysm surgeries than any other medical system in the Pacific Northwest, and provide regional leadership in neurosurgical care and training for trauma, epilepsy, movement disorders, vascular neurosurgery, transcranial Doppler monitoring, neurocutaneous disorders, pituitary tumors and pediatric cases. We are privileged to attract and train the best and brightest doctors to our seven-year residency program, leading to careers in academic medicine and neuroscience research.

Neurological Surgery celebrated its 65th birthday in 2013 and shows three developmental epochs and three different models of growth during its history. 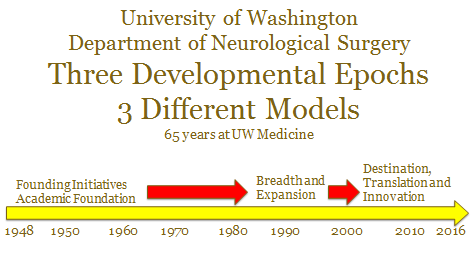 The University of Washington School of Medicine was founded in 1946, and the first class graduated in 1950. At that time, the Chairs of Medicine and Surgery were Robert Williams and Henry Harkins. Dr. Harkins’ first faculty appointment was the Chief of Division of Neurological Surgery—Arthur A. Ward who arrived in Seattle in 1948. Under Dr. Ward’s leadership, the Division became a Department in 1965. 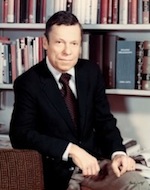 The first epoch of Neurological Surgery established the Department’s vision and philosophy of combining Multidisciplinary Clinical Care, Research and Training. The residency training program was initiated in 1953 and the first graduate was in 1957. Further, during this time Dr. Ward established a model of combining basic research within the clinical context, and started the practice of sub-specialization. Although this was a period of comparatively low clinical volume (one case a week) it was one of high academic productivity.

Milestones during this first epoch include:

During this period the department expanded research and further integrated the model of basic research combined with general clinical practice. Milestones during this time included:

Establishing a model of Specialization, Innovation in Technique and Translational Research

The third epoch of our development includes further establishing UW Neurological Surgery as a destination for both emergent and elective patient care. Our model has been Specialization, Innovation in Technique and Translational Research. Highlights of the third epoch include:

We have supported development of new infrastructure to address patient needs, advance research and develop the next generation of neurosurgeons, clinical and basic scientists. During this period we have:

In the past 5 years Faculty have participated in proposals originated by 95 investigators in other departments of the UW Medicine, Nursing, Public Health, Pharmacy, Engineering, Arts and Sciences.  Over 50 were funded.

In response to our increased research program– we have expanded our dedicated clinical and research space >100% since 2002.  We have established:

Faculty have been involved with 35 sponsored Phase II or Phase III Clinical Trials in the past 10 years.  In addition:

Neurological Surgery faculty have had substantial impact and advanced the field through their publications. Highlights include:

During the current epoch our Residency program has expanded by one-third and increased five-fold in terms of gender diversity.  We are now counted amongst the Top 5 Residency programs in the country. 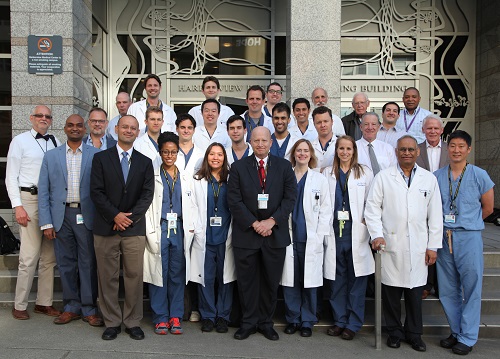 Other educational highlights include:

Educating the next generation

Further, we are influencing the future of neuroscience and neurosurgery by establishing a Summer Program for high school and college students that provides an 8-week laboratory experience, attendance at Neurological Surgery grand rounds and a weekly faculty seminar organized for the student group. We have placed 60 students from 25 different schools in 10 different laboratories, since the program began in 2008. They have attended over 75 separate Grand Rounds presentations, observed and followed 10 different surgeons, and had weekly student group presentations by 15 different faculty members.

Harborview Medical Center began as a six-bed King County welfare hospital in a two-story South Seattle building in 1877. By 1906, the hospital had moved into a new building in Georgetown with room for 225 patient beds.

Another move occurred in 1931, when the center wing of the present hospital was completed, and King County Hospital's name was changed to Harborview.

Today, Harborview is a leading academic medical center that houses several centers of emphasis. Harborview is well-known as a patient care facility that also excels in teaching and discovery.

University of Washington School of Medicine

Opened in 1946, The School of Medicine is a nationally and internationally recognized leader in medical education, patient care, and scientific research. US News & World Report ranks us among the best medical schools in the nation, and first for primary care. The School of Medicine is the second largest in the nation with more than 1,300 faculty members, and serves as a regional medical resource for the states of Washington, Wyoming, Alaska, Montana, and Idaho.

The University of Washington

The University of Washington was founded in 1861 on a ten-acre knoll in what is now downtown Seattle, and moved to its present 660-acre site on the shores of Lake Washington in 1895. The University offers instruction in more than 200 academic disciplines to more than 34,000 students.