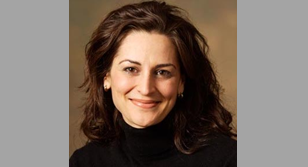 Congratulations to Dr. Melanie Walker whose research project “Viral reactivation from ganglia in subarachnoid hemorrhage” has received a grant in the amount of $77,570 from the NIH.

Aneurysmal subarachnoid hemorrhage (aSAH) is a devastating disease frequently leading to death or poor functional outcome. A major complication of aSAH is the development of cerebral vasospasm, which is defined as narrowing of the large and medium-sized intracranial arteries. Between 30-70% of patients develop vasospasm after aSAH and half of these may develop symptomatic delayed cerebral ischemia (DCI) with the incidence peaking in the second week after ictus. Despite improvements in the clinical management of aSAH over the last decade, DCI remains the single most important cause of morbidity and mortality in those patients who survive the initial hemorrhage.

Limited information exists regarding underlying anatomic mechanisms of vasospasm in aSAH. Cerebral blood vessels on the surface of the brain are surrounded by nerve fibers that originate from sensory and autonomic nerve ganglia that are highly sensitive to sympathetic nervous system activity.  Elevated levels of catecholamines have been well documented in aSAH, and in the acute setting, activation of perivascular sympathetic nerves leads to an increase in vascular tone and as a result, decreases brain perfusion. Paroxysmal cerebral vasospasm outside the acute setting suggests a different or delayed mechanism perhaps through the same anatomic pathway.

Dr. Walker and her co-investigators propose that herpesvirus reactivation in response to adrenergic activation of head and neck ganglia during aSAH will be directly related and thus temporally correlated with the occurrence of cerebral vasospasm. Given the shared anatomic pathways between glands, viscera and cerebral blood vessels, they propose that non-invasive, simultaneous monitoring of vascular tone and viral shedding from glandular secretions could demonstrate a correlation between viral reactivation and vasospasm after aSAH. If correct, antiviral agents would have the potential to reduce or prevent DCI in individuals with aSAH and analysis of oral and ocular secretions after acute aSAH may provide a simple and non-invasive predictive biomarker to assess risk of developing vasospasm.