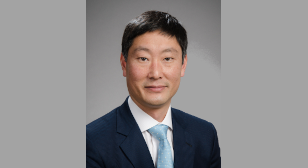 Congratulations to Dr. Louis J. Kim who was appointed the Wallace T. Staatz Endowed Professor in Neurological Surgery as of January 1, 2021.  Wallace T. Staatz studied agriculture at Oregon State University, and served in the military. He was also an orchardist, managed Crystal Mountain Ski Resort (in its early days), was involved in an oyster farm inherited from his father, and owned a golf course. In addition, Mr. Staatz enjoyed motorcycling, traveling, and fishing. When Mr. Staatz developed a brain tumor, he was treated at the Department of Neurological Surgery at UW Medicine. In gratitude, he established a charitable gift annuity, and directed that part of his estate be used to benefit the department and its research mission. He passed away on November 17, 2003.  Dr. Richard S. Morrison who was appointed the first holder of the Staatz Professorship in 2008 sadly passed away in 2019.