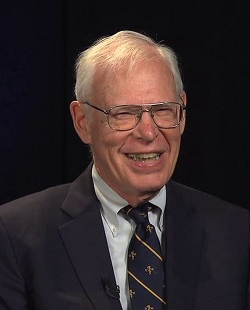 He retired from clinical practice in 2005 but has continued this research and teaching. For his research, he received the 1984 Grass Prize from the Society of Neurological Surgeons, a Javitts award from the National Institute of Neurological Diseases and Stroke, an honorary Doctor of Science degree from the Medical College of Ohio in 1998, the Zulch Prize from the Max Planck Society and Gertrude Reemtsma Foundation in 2000, and the 2003 Cloward Medal of the Western Neurosurgical Society.

In 1991, his medical school honored him as a distinguished alumnus. He was President of the American Academy of Neurological Surgery in 1999-2000.

Dr. Ojemann has spoken at medical conferences around the world, including many visiting professorships and named lectureships. He is the author of over 300 peer reviewed articles and book chapters, including two books for the general public co-authored with William Calvin: Inside the Brain (1980) and Conversations with Neil's Brain (1994).

Dr. Ojemann has been married to Dr. Linda Moretti Ojemann since 1967, sharing a common interest in the treatment of patients with difficult seizure problems. Their three children are physicians, two in neurosurgery.